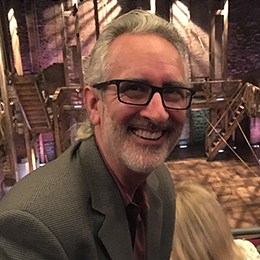 The founder and President of TalkingTree Creative, Craig is passionate about engaging audiences and making the on-stage talent look good. It’s what he has trained for his whole life. As a musical performer and composer, he knows how to engage an audience, the intricacies of timing, when to lead, and when to support in order to create the best experience possible in any given situation.

A performer knows the urgency behind “showtime.” When you only have one chance, one moment to deliver, you learn to hack the system. Craig has made a mantra out of trying new methods and taking risks in pre-production to find the optimal solution – then drilling it until it’s 100% failsafe. In building the TTC team, he’s compiled a core of creatives who share these values. Each member has a performance background and a hunger for moving an audience. Experts in their own fields, their strengths harmonize to tell the story. For Craig, it’s like being back in the band.

Craig was born in Brooklyn, NY and raised in the Washington DC area. Throughout his young adulthood, Craig studied classical piano, jazz and composing – eventually landing at Berklee College of Music in Boston. After college Craig’s national career in music began as the keyboardist for the Peaches & Herb World Tour from 1980-1982. He has shared the stage with The Temptations, Bob Hope, The Beach Boys and many others. Performing top-10 hits to international crowds of thousands gave Craig experience with large venue productions and taught him what it takes to engage an audience. This background in music, visuals, and audience engagement would inform his desire to produce live events.

During the 1990s Craig moved into the field of video production and event production when he founded Image and Sound – a post-production studio. At Image and Sound, Craig produced pitch videos for entertainment companies, promotional corporate pieces, session openers and documentaries, as well as radio jingles and TV ads. Soon, clients began asking Craig to take care of production for presenting the content he created – and this is where he saw the impact of multimedia production on an audience.

In 1999 he sold his partnership in Image and Sound and took a position as creative director at an AV production company where he produced events and content while learning about the latest technologies and staging techniques. Since then, Craig has been producing live events using all the experience he has accumulated throughout his career. In 2007, he founded TalkingTree Creative to create the productions he always envisioned.

Craig has 3 grown children and 3 amazing grandchildren and currently lives in Baltimore MD with his wife Jane and the company Distraction Assurance Officer, Arby.

Ready to get started?

See what we can really do when we work together.

Contact us now
We can't wait to get started! 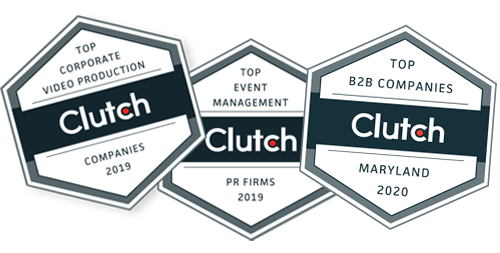